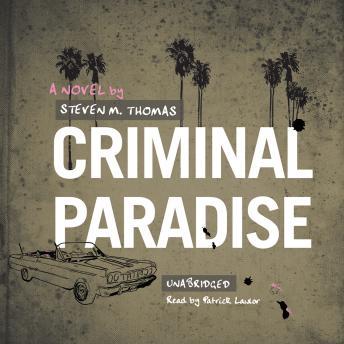 Download or Stream instantly more than 55,000 audiobooks.
Listen to "Criminal Paradise" on your iOS and Android device.

Robert Rivers is an honorable thief who has made a living conducting well-planned heists on the various businesses that dot the idyllic environs of Southern California. But during a routine robbery of a local steakhouse, Rivers comes across something that shakes him from his comfortable existence. Stuffed inside the restaurant's safe, alongside the money, is a photograph of a teenage Vietnamese girl. Though Rivers tries to enjoy the money and move on, he finds himself haunted by the picture.
Soon, Rivers comes face to face with the realization that there are dark things afoot in Orange County-deeds that make his heists look like fun and games. And when an old friend shows up hoping to get in on the action, Rivers is forced to wrestle with questions of loyalty and conscience that just might lead him to some kind of redemption.