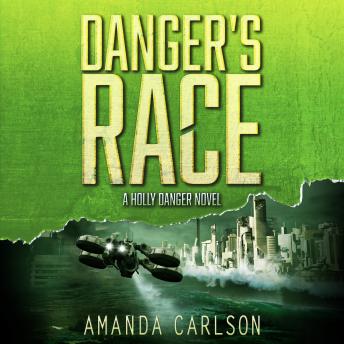 Download or Stream instantly more than 55,000 audiobooks.
Listen to "Danger's Race" on your iOS and Android device.

Time is running out...

After defeating the uprising, and becoming infected with a dose of Plush, Holly is in a race to help a seeker before it's too late. Going South is the only option. But getting there is going to prove difficult, which is why Lockland has entrusted Daze with a secret weapon.

A pulse storm, overzealous militia, and uncooperative siblings are only a few of the obstacles standing in their way. Once they arrive on the coast, the prospect of finding the supplies they need dwindles. But what they uncover may be far richer. A way to move the remaining survivors forward.

But the people of the town don't see it that way. They want to protect what's theirs. With the militia closing in, they do the only thing they have left to do, fight.