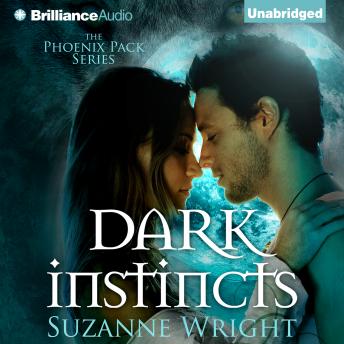 Download or Stream instantly more than 55,000 audiobooks.
Listen to "Dark Instincts" on your iOS and Android device.

It happens whenever wolf shifter Roni Axton is near Marcus Fuller: a crackle of sexual awareness that’s intoxicating…and deeply annoying. Marcus is a pack enforcer who oozes power, but Roni is lethal in her own right—nothing like the flirty females who flock around him. Even still, his possessive gaze makes one thing clear. Marcus has singled her out for seduction, and he wants to make her sit up and beg. No matter how aloof and unfazed Roni acts, Marcus can tell she wants him. When a brutal attack by a jackal pack forces them to work together, it’s the perfect opportunity for Marcus to chip away at her defenses—until he falls into his own trap, completely unprepared for the intensity of their connection. Roni is the only one who’s ever seen past his shifter charm and discovered the man hiding beneath it. And for Marcus, claiming Roni once will mean needing her forever.