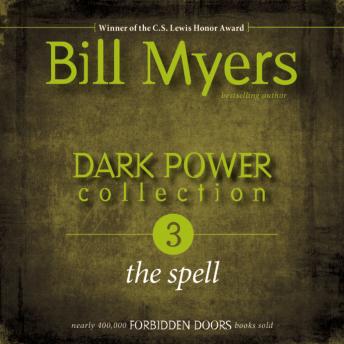 Download or Stream instantly more than 55,000 audiobooks.
Listen to "Dark Power Collection: The Spell" on your iOS and Android device.

In book three of the Forbidden Doors series by Bill Myers, the local occult group, the Society, begins a campaign to destroy Becka Williams, believing Becka's actions while exploring reincarnation were an attempt to overthrow their leader. As the campaign against Becka grows from scare tactics to dangerous threats, Becka begins to wonder if she'll survive. It will take all of Becka's faith and trust in God to save her from what the Society has planned.