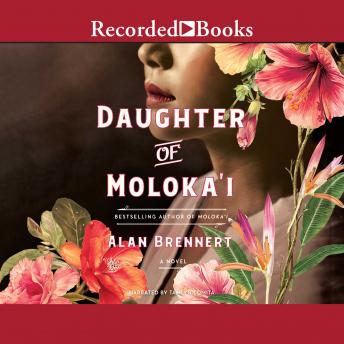 Download or Stream instantly more than 55,000 audiobooks.
Listen to "Daughter of Moloka'i" on your iOS and Android device.

The highly anticipated sequel to Alan Brennert's acclaimed book club favorite, and national bestseller, Moloka'i Alan Brennert's beloved novel Moloka'i, currently has over 600,000 copies in print. This companion tale tells the story of Ruth, the daughter that Rachel Kalama?quarantined for most of her life at the isolated leprosy settlement of Kalaupapa?was forced to give up at birth. The book follows young Ruth from her arrival at the Kapi'olani Home for Girls in Honolulu, to her adoption by a Japanese couple who raise her on a strawberry and grape farm in California, her marriage and unjust internment at Manzanar Relocation Camp during World War II?and then, after the war, to the life-altering day when she receives a letter from a woman who says she is Ruth's birth mother, Rachel. Daughter of Moloka'i expands upon Ruth and Rachel's 22-year relationship, only hinted at in Moloka'i. It's a richly emotional tale of two women?different in some ways, similar in others?who never expected to meet, much less come to love, one another. And for Ruth it is a story of discovery, the unfolding of a past she knew nothing about. Told in vivid, evocative prose that conjures up the beauty and history of both Hawaiian and Japanese cultures, it's the powerful and poignant tale that readers of Moloka'i have been awaiting for fifteen years.