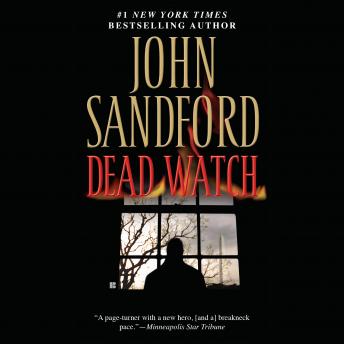 Download or Stream instantly more than 55,000 audiobooks.
Listen to "Dead Watch" on your iOS and Android device.

Early morning, Virginia, and a woman is on the run. Her husband, a former U.S. Senator, has been missing for days. Kidnapped? Murdered? She doesn't know, but she thinks she knows who's involved, and why. And that she's next.

Hours later in Washington, D.C., a cell phone rings. The White House chief of staff needs Jacob Winter now. His chief investigator and an Army Intelligence veteran, Winter knows how to move quickly and decisively, but he's never faced a problem like this. The disappearances are bad, but when the blackened body shows up barbed-wired to a tree, Winter knows there is much worse to come. And soon enough, there is. Large forces are at work, determined to do whatever it takes to achieve their ends. Winter will have to use all his resources not only to prevail but also to survive. And so will the nation. . . .