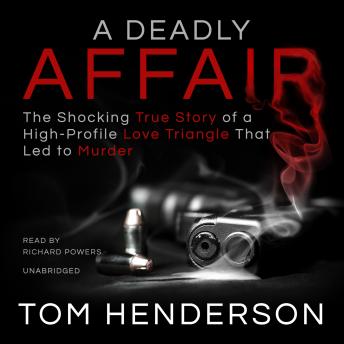 Download or Stream instantly more than 55,000 audiobooks.
Listen to "A Deadly Affair" on your iOS and Android device.

A promising young attorney and a dedicated family man, Michael Fletcher seemed to have it all. But in the summer of 2000, Michael found himself standing trial for the murder of his pregnant wife, Leann. The verdict—guilty of second-degree murder—would leave friends, family, and the public at large scrambling to make sense of a twisted and frightening series of events that ended in the brutal killing of Leann Fletcher. What could possibly have led Michael Fletcher to commit such a gruesome act?

As a college student, Michael Fletcher married the girl of his dreams after a three-year courtship. It seems like a fairy-tale romance come true: a match made in heaven. So why would a man with no history of domestic violence murder his devoted wife right after he told her how much he loved her? Why would Michael shoot Leann in the back of the head, not only killing her but also the child that she was carrying inside her? According to prosecutors, Fletcher has been involved in an extramarital affair with a beautiful judge for two years. Was his relationship with respected District Judge Susan Chrzanowski enough cause for him to murder his wife in cold blood? Raising even more troubling questions, the startling discovery colored Leann’s already shocking murder with shadings of sex, political scandal, and deadly betrayal.