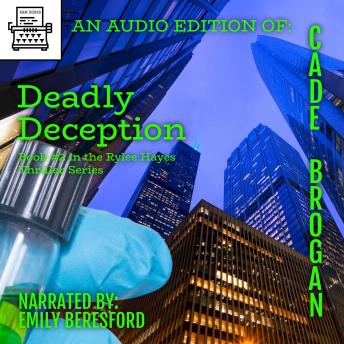 Download or Stream instantly more than 55,000 audiobooks.
Listen to "Deadly Deception" on your iOS and Android device.

Three die in a psychiatric hospital. A triple homicide. A contagion, deadly and mysterious, is the killer’s weapon of choice.

A dart flies. A woman dies in the shower, her neck is punctured. A homicide, hours from Chicago. Poison, deadly and concocted, is the killer’s weapon of choice.

As her city teeters on the verge of panic, Detective Rylee Hayes is forced to divide her attention between two killers, one whose actions could result in a global pandemic, and the other, an old nemesis whose next target is her fiancée.

And the clock ticks precious time.