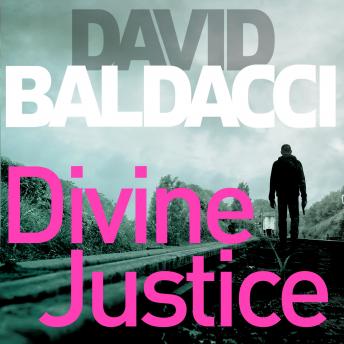 Download or Stream instantly more than 55,000 audiobooks.
Listen to "Divine Justice" on your iOS and Android device.

Explosive and enthralling, David Baldacci's Divine Justice is the fourth novel in his bestselling Camel Club series.
The Camel Club - that informal band of conspiracy theorists who insisted on only one thing: the truth.
Their leader, Oliver Stone, is on the run. Now the most wanted man in America for serving up his own brand of justice with two pulls of a trigger.
But Stone's actions have come at a steep price; the assassinations he carried out have prompted a massive manhunt to be unleased. There are those in government with their own hidden agendas and will stop at nothing to track down their quarry and silence him forever.
As the net tightens and demons from his past resurface, the fugitive Stone finds himself fleeing towards a confrontation every bit as lethal as the one he is trying to escape . . .