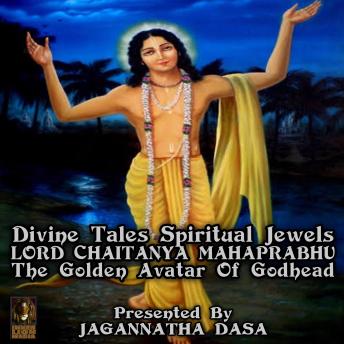 Chaitanya Mahaprabhu is an incarnation of Krishna who appeared in Nadia, West Bengal, India in the 15th century A.D

When Krishna spoke Bhagavad-gita on the battlefield of Kurukshetra around 3,000 B.C., He exhibited all the majesty of God Himself. His final instruction to Arjuna was that surrendering to Him is superior to all other religious duties.

Fast-forward to the late fifteenth century West Bengal, India.Chaitanya Mahaprabhu then appeared, as predicted in the Bhagavad-gita:

“Whenever and wherever there is a decline in religiosity, and a preeminent rise in irreligion, at that time I descend Myself.”

In His youth, Chaitanya was known as Nimai Pandit. He gained fame as a preeminent scholar of the Vedas, able to defeat by logic any philosophical opposition. The next phase of His mission was to popularize the chanting of the Hare Krishna mantra.

Chaitanya is the Supreme Personality of Godhead Himself, appearing as His own devotee, teaching how to best practice devotional yoga by His own example.