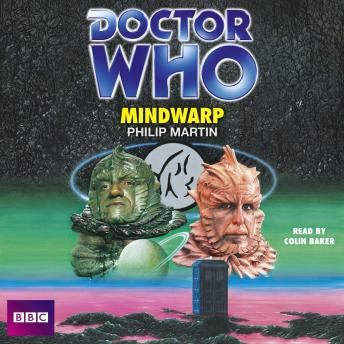 Download or Stream instantly more than 55,000 audiobooks.
Listen to "Doctor Who: Mindwarp" on your iOS and Android device.

Accused of 'crimes against the inviolate laws of evolution', the Doctor is on trial for his life in this exciting novelisation continuing the 'Trial of a Time Lord' story arc. The sinister prosecutor, the Valeyard, presents the High Council of Time Lords with the second piece of evidence against the Doctor: a dramatic adventure on the planet Thoros-Beta which led to the renegade Time Lord's summons to the Court of Enquiry. But as the Doctor watches the scenes on the Matrix he is puzzled by what he sees - his behaviour is not as he remembers. Only one thing is certain: on the evidence of the Matrix the Doctor is surely guilty as charged... Colin Baker, who starred as the Sixth Doctor in Doctor Who, reads Philip Martin's complete and unabridged novelisation, first published by Target Books in 1989.