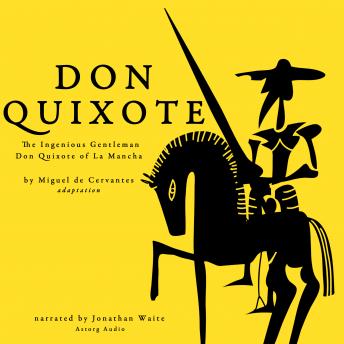 The Ingenious Gentleman Don Quixote of La Mancha, or more simply Don Quixote, is one of the most influential works of literature from a Spanish author. It is one of the earliest canonical novels, and is regularly cited as the best work of fiction ever published. A nameless hidalgo read so many chivalric romances that he loses his sanity and decides to set out into the world as a knight, to bring justice under the name Don Quixote. The delusional hidalgo then recruits a simple farmer, Sancho Panza, whose unique wit proves a marvelous addition to Don Quixote's idealistic bouts. This abridged version of a literary monument brings you in convenient format one of the funniest and most profound texts ever.