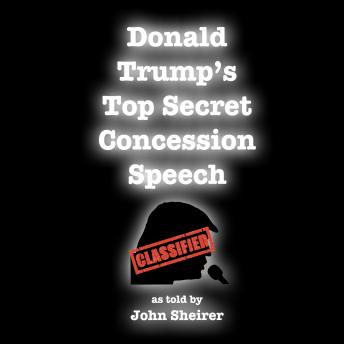 Donald Trump doesn't want you to listen to this book. Trump is president. Unfortunately, that bell can't be unrung. But what if ... What if, for a very brief period of time, Donald Trump had actually developed a sliver of moral decency just before the election? What if he thought he was going to lose the election? Even more importantly, what if he thought that he should lose the election because he realized that he's a terrible person with no business being president? What if Donald Trump spent a few days with an audio recorder making notes for the concession speech he thought he would have to deliver on election night? What if those notes were made public? What would Donald Trump sound like if he had something resembling a conscience? Start listening to this book and find out