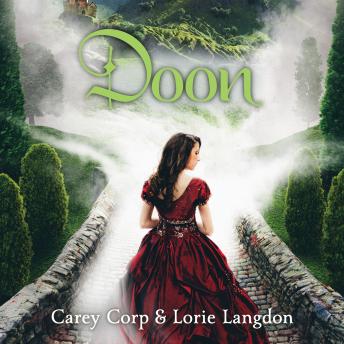 Download or Stream instantly more than 55,000 audiobooks.
Listen to "Doon" on your iOS and Android device.

When her best friend, Mackenna, invites her to spend the summer in Scotland, Veronica jumps at the opportunity to leave her complicated life behind for a few months. But the Scottish countryside holds other plans. Not only has the imaginary kilted boy followed her to Alloway, but she and Mackenna also uncover a strange set of rings and a very unnerving letter from Mackenna's great aunt-and when the girls test the instructions Aunt Gracie left behind, they find themselves transported to a land that defies explanation. Doon seems like a real-life fairy tale, complete with one prince who has eyes for Mackenna and another who looks suspiciously like the boy from Veronica's daydreams. But Doon has a dark underbelly as well. The two girls could have everything they've longed for...or they could end up breaking an enchantment and find themselves trapped in a world that has become a nightmare.