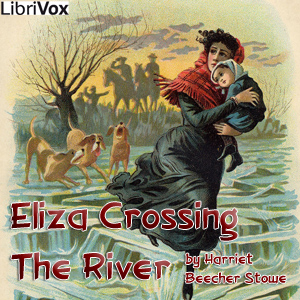 Download or Stream instantly more than 55,000 audiobooks.
Listen to "Eliza Crossing the River" on your iOS and Android device.

LibriVox volunteers bring you 9 recordings of Eliza Crossing the River by Harriet Beecher Stowe. This was the Fortnightly Poetry project for April 27th, 2014.

Harriet Beecher Stowe was an American abolitionist and author. Her novel Uncle Tom's Cabin (1852) was a depiction of life for African Americans under slavery; it reached millions as a novel and play, and became influential in the United States and United Kingdom. It energized anti-slavery forces in the American North, while provoking widespread anger in the South. She wrote more than 20 books, including novels, three travel memoirs, and collections of articles and letters. She was influential both for her writings and her public stands on social issues of the day. (Summary from Wikipedia)