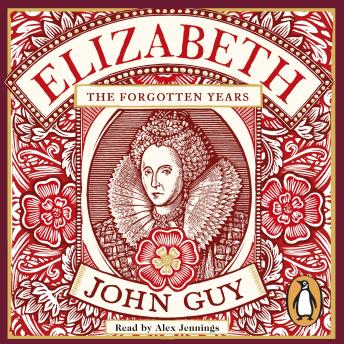 Download or Stream instantly more than 55,000 audiobooks.
Listen to "Elizabeth: The Forgotten Years" on your iOS and Android device.

Penguin presents the unabridged, downloadable, audiobook edition of Elizabeth I: The Forgotten Years by John Guy, read by Alex Jennings.

An ageing queen, an heirless state, conspiracy all round: here is the court of Elizabeth I as never known before

History has pictured Elizabeth I as Gloriana, an icon of strength and power. But the reality, especially during her later years, was not so simple.

In 1583 Elizabeth is fifty years old, past childbearing, but her greatest challenges are still to come: the Spanish Armada; the execution of Mary, Queen of Scots; relentless plotting among her courtiers. This gripping and vivid portrait of her life and times - often told in her own words ('You know I am no morning woman') - reveals a woman who is fallible, increasingly insecure, and struggling to lead Britain. This is the real Elizabeth, for the first time.