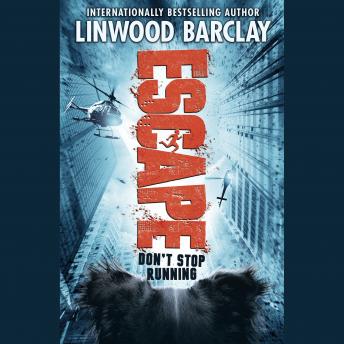 Download or Stream instantly more than 55,000 audiobooks.
Listen to "Escape" on your iOS and Android device.

The Incredible Journey meets Gordon Korman's On the Run. The adventure continues in Linwood Barclay's follow-up novel to Chase!

Twelve-year-old Jeff and genetically engineered spy dog Chipper are on the run from the mysterious and sinister organization known only as The Institute, with help from Harry, the summer guest at Jeff's aunt's fishing cabins. Due to a combination of bravery, luck and some of Chipper's more useful modifications, they've managed to evade their pursuers so far. But The Institute is closing in and Chipper and Jeff will have to keep one step ahead if they want to stay alive. . . . Harry seems to have a plan to keep them hidden, but now even he seems to be acting suspiciously. Can Jeff and Chipper trust him?