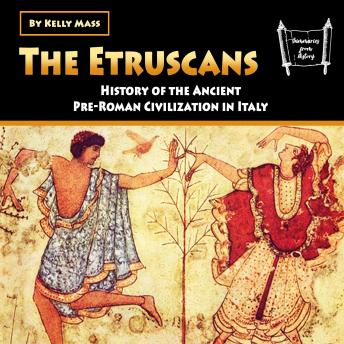 The Etruscans: History of the Ancient Pre-Roman Civilization in Italy

Download or Stream instantly more than 55,000 audiobooks.
Listen to "The Etruscans: History of the Ancient Pre-Roman Civilization in Italy" on your iOS and Android device.

The first proof of an Etruscan society might be traced back to around 900 BC.


This is the Iron Age Villanovan culture, which emerged from the former late Bronze Age Proto-Villanovan civilization in the exact same area and is considered the first stage of Etruscan civilization.


Etruscan society lasted till it was taken in by Roman culture. Assimilation started due to the Roman-- Etruscan Wars in the late fourth century BC; it heightened with the grant of Roman citizenship in ninety BC, and was finished in 27 BC, when the Etruscans' terrain was taken in into the freshly established Roman Empire.

In this guide, you will learn about these things and many other aspects of the Etruscan civilization.