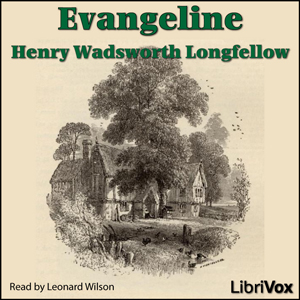 Download or Stream instantly more than 55,000 audiobooks.
Listen to "Evangeline" on your iOS and Android device.

Evangeline is one of Longfellow’s most popular poems and was once a great favorite with the American people. For many years almost every school child studied this poem during the middle school years. Although the decline of the reputation of the once-idolized poet has also brought neglect to this classic, it is still a very touching and expertly written work of art. It is based upon the tragic expulsion of the French settlers from Acadia (located in the Canadian maritime provinces) during the French & Indian War (1754-1763). Many Acadians died as a result of their exile, and many families were separated, including the heroine of this poem and her betrothed. Although she is a fictional character, statues of her and other memorials exist in Nova Scotia and other places now inhabited by descendants of the Acadians, later frequently known as “Cajuns.” (Introduction by Leonard Wilson)