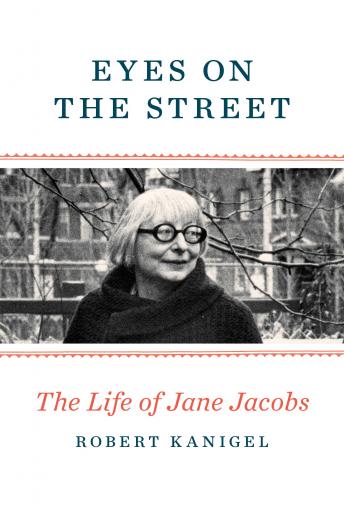 Eyes on the Street: The Life of Jane Jacobs

Download or Stream instantly more than 55,000 audiobooks.
Listen to "Eyes on the Street: The Life of Jane Jacobs" on your iOS and Android device.

The first major biography of the irrepressible woman who changed the way we view and live in cities, and whose influence can still be felt in any discussion of urban planning to this day.

Eyes on the Street is a revelation of the phenomenal woman who raised three children, wrote seven groundbreaking books, saved neighborhoods, stopped expressways, was arrested twice, and engaged at home and on the streets in thousands of debates--all of which she won. Here is the child who challenged her third-grade teacher; the high school poet; the journalist who honed her writing skills at Iron Age, Architectural Forum, Fortune, and other outlets, while amassing the knowledge she would draw upon to write her most famous book, The Death and Life of Great American Cities. Here, too, is the activist who helped lead an ultimately successful protest against Robert Moses's proposed expressway through her beloved Greenwich Village; and who, in order to keep her sons out of the Vietnam War, moved to Canada, where she became as well known and admired as she was in the United States.