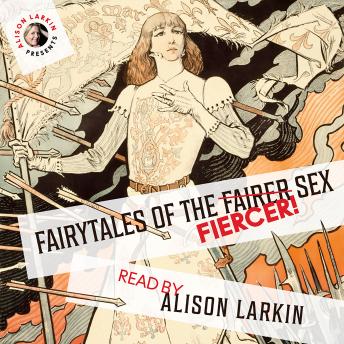 Fairy Tales of the Fiercer Sex

Download or Stream instantly more than 55,000 audiobooks.
Listen to "Fairy Tales of the Fiercer Sex" on your iOS and Android device.

Alison Larkin selects and introduces fairytales of strong, independent, brave, at times irreverent girls and women who take charge of their lives, go on their own adventures, rescue themselves and sometimes even save the men they love. These are not stories of helpless females shut up in high towers waiting around for a handsome man to rescue them while they sleep for years or from brushing their golden hair a lot. These heroines have far more to distinguish them than the fact that they (sometimes) end up married to a prince.