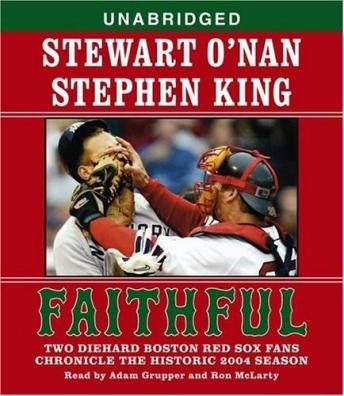 “Faithful isn't just about the Red Sox. It's also about family, friendship, and what it truly means to be a baseball fan and to be—well, faithful, come hell or high water” (The Boston Globe).

“Of all the books that will examine the Boston Red Sox's stunning come-from-behind 2004 ALCS win over the Yankees and subsequent World Series victory, none will have this book's warmth, personality, or depth” (Publishers Weekly).

Early in 2004, two writers and Red Sox fans, Stewart O'Nan and Stephen King, decided to chronicle the upcoming season, one of the most hotly anticipated in baseball history. They would sit together at Fenway. They would exchange emails. They would write about the games. And, as it happened, they would witness the greatest comeback ever in sports, and the first Red Sox championship in eighty-six years. What began as a Sox-filled summer like any other is now a fan's notes for the ages.