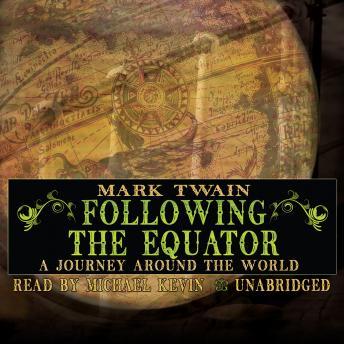 Following the Equator: A Journey around the World

Download or Stream instantly more than 55,000 audiobooks.
Listen to "Following the Equator: A Journey around the World" on your iOS and Android device.

Bound on a lecture trip around the world, Mark Twain turns his keen satiric eye to foreign lands in Following the Equator. This vivid chronicle of a sea voyage on the Pacific Ocean displays Twain's eye for the unusual, his wide-ranging curiosity, and his delight in embellishing the facts. The personalities of the ship's crew and passengers, the poetry of Australian place-names, the success of women's suffrage in New Zealand, an account of the Sepoy Mutiny, and reflections on the Boer War as an expression of imperialistic morality, among other topics, are the focus of his wry humor and redoubtable powers of observation. Following the Equator is an evocative and highly unique American portrait of nineteenth-century travel and customs.