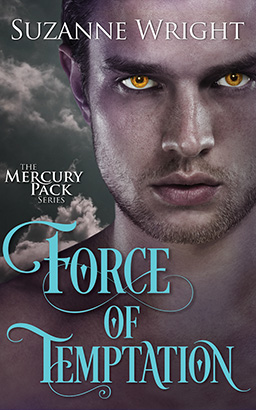 Download or Stream instantly more than 55,000 audiobooks.
Listen to "Force of Temptation" on your iOS and Android device.

Harley Vincent is resigned to life in the human world. Sure, being a margay shifter is half her nature, but life among humans gives her the freedom to roam and do as she pleases. That is, until anti-shifter extremists target her, putting her life in immediate danger.

When an old acquaintance and onetime fling, Jesse Dalton, shows up to offer the protection of his pack, Harley hesitates. She may have feelings for Jesse that go beyond their one-night stand, but life among shifters means giving over her independence to the needs of pack. Plus Mercury Pack has its own threat to face: a rich half-shifter is determined to claim their territory at any cost.

Jesse, who lost his true mate as a child, has wanted Harley since their night together, and he’s not letting her go again. They may not be destined for each other, but he knows she belongs to him and with his pack. Even if he can convince her to join him now, can he convince her to stay?