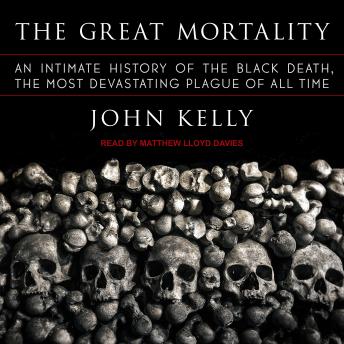 The Great Mortality: An Intimate History of the Black Death, the Most Devastating Plague of All Time

Download or Stream instantly more than 55,000 audiobooks.
Listen to "The Great Mortality: An Intimate History of the Black Death, the Most Devastating Plague of All Time" on your iOS and Android device.

La moria grandissima began its terrible journey across the European and Asian continents in 1347, leaving unimaginable devastation in its wake. Five years later, twenty-five million people were dead, felled by the scourge that would come to be called the Black Death. The Great Mortality is the extraordinary epic account of the worst natural disaster in European history-a drama of courage, cowardice, misery, madness, and sacrifice that brilliantly illuminates humankind's darkest days when an old world ended and a new world was born.