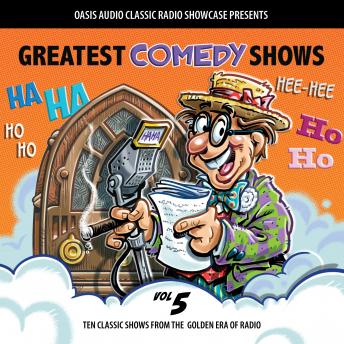 Download or Stream instantly more than 55,000 audiobooks.
Listen to "Greatest Comedy Shows, Volume 5: Ten Classic Shows from the Golden Era of Radio" on your iOS and Android device.

Roll on the floor with laughter with comedy legends such as Abbott & Costello, George Burns & Gracie Allen, Ozzie and Harriet, Jack Benny, Bob & Ray and so many more. 100 great Comedy classics in ten volumes.