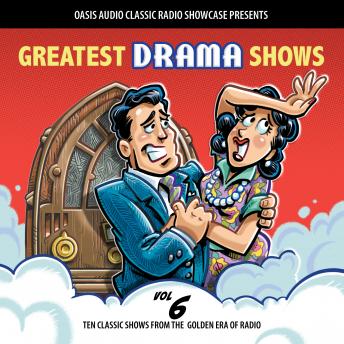 Download or Stream instantly more than 55,000 audiobooks.
Listen to "Greatest Drama Shows, Volume 6: Ten Classic Shows from the Golden Era of Radio" on your iOS and Android device.

Cling to the edge of your seat for the Adventures of Sherlock Holmes, The Green Hornet, The Third Man. Hear classic stores brought to radio by celebrity casts such as Brave New World with William Conrad, The Pickwick Papers starring Orson Welles, and so many more. 100 great Drama classics in ten volumes.