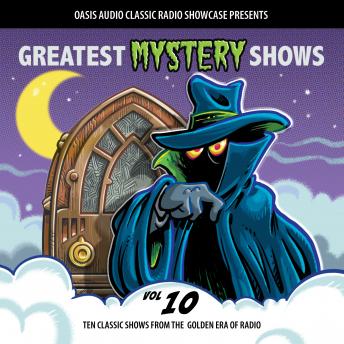 Download or Stream instantly more than 55,000 audiobooks.
Listen to "Greatest Mystery Shows, Volume 10: Ten Classic Shows from the Golden Era of Radio" on your iOS and Android device.

Before TV’s The Twilight Zone, there was radio’s The Inner Sanctum Mystery, Lights Out!, The Weird Circle, and so many other great mysteries starring Orson Welles, Jane Wyman, Dana Andrews, Edmond O’Brien, James Cagney and more. 100 great Mystery classics in ten volumes.