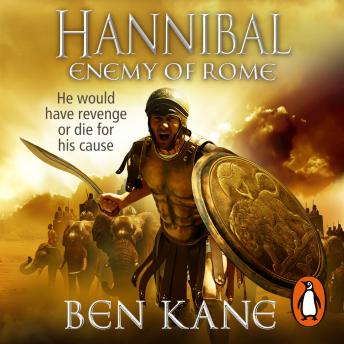 Download or Stream instantly more than 55,000 audiobooks.
Listen to "Hannibal: Enemy of Rome" on your iOS and Android device.

In the First Punic War, the Roman legions defeated and humiliated Carthage, their only serious rival for power in the Mediterranean. Now a brilliant young Carthaginian general, called Hannibal, is out for revenge. Caught up in the maelstrom are two young boys, Hanno, the son of a distinguished soldier and confidant of Hannibal, and Quintus, son of a Roman equestrian and landowner. A disastrous adventure will see Hanno sold into slavery and bought by Quintus's father. Although an unexpected friendship springs up between the two boys - and with Quintus's sister, Aurelia - the fortunes of the two warring empires once again separates them. They find themselves on opposite sides of the conflict and an alliance forged through slavery will be played out to its stunning conclusion in battle.