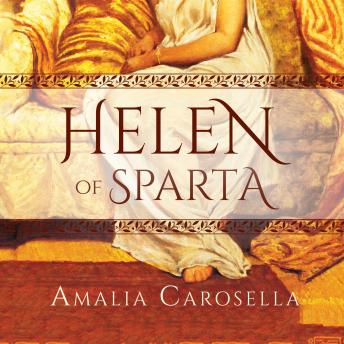 Download or Stream instantly more than 55,000 audiobooks.
Listen to "Helen of Sparta" on your iOS and Android device.

Long before she ran away with Paris to Troy, Helen of Sparta was haunted by nightmares of a burning city under siege. These dreams foretold impending war—a war that only Helen has the power to avert. To do so, she must defy her family and betray her betrothed by fleeing the palace in the dead of night. In need of protection, she finds shelter and comfort in the arms of Theseus, son of Poseidon. With Theseus at her side, she believes she can escape her destiny. But at every turn, new dangers—violence, betrayal, extortion, threat of war—thwart Helen’s plans and bar her path. Still, she refuses to bend to the will of the gods.

A new take on an ancient myth, Helen of Sparta is the story of one woman determined to decide her own fate.

The sequel to Helen of Sparta will be published by Lake Union Publishing in May 2016.