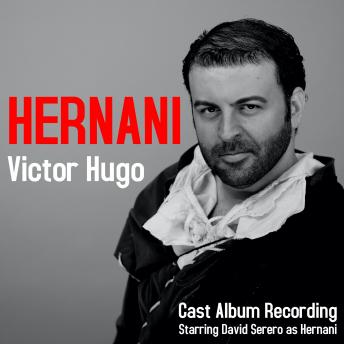 Download or Stream instantly more than 55,000 audiobooks.
Listen to "Hernani by Victor Hugo: French Theater Classic Play, adapted in English" on your iOS and Android device.

The play was given its premiere on 25 February 1830 by the Comédie-Française in Paris. Today, it is more remembered for the demonstrations which accompanied the first performance and for being the inspiration for Giuseppe Verdi's opera Ernani than it is for its own merits. Hugo had enlisted the support of fellow Romanticists such as Hector Berlioz and Théophile Gautier to combat the opposition of Classicists who recognized the play as a direct attack on their values.

This Cast Album Recording is the first recording of the English version of this important french theater classic.

Adapted in the English language by David Serero.