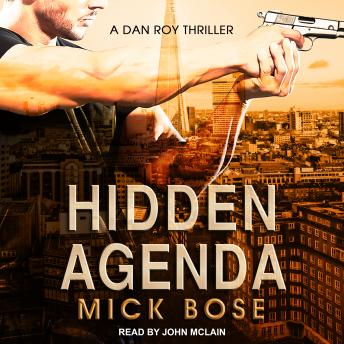 Download or Stream instantly more than 55,000 audiobooks.
Listen to "Hidden Agenda: A Dan Roy Thriller" on your iOS and Android device.

A terrifying global conspiracy is unfolding against America.

Dan Roy is an elite Black Ops solider. His life has been a never-ending spectrum of action. Now, his soul needs a break.

He moves to London, looking to forgive and forget. But life has other plans for him. An old face from the past pulls him back into a vicious plot that ranges from London to Afghanistan. Dan agrees to help, but he is betrayed. His only confidant dies mysteriously, and soon Dan and those close to him are chased by a force far greater than himself.

In a race against time to save the world from destruction, Dan Roy finds himself up against a terrifying terrorist attack. There is no one to help. Dan has to fight back, with his back to the wall. But failure is not an option . . .