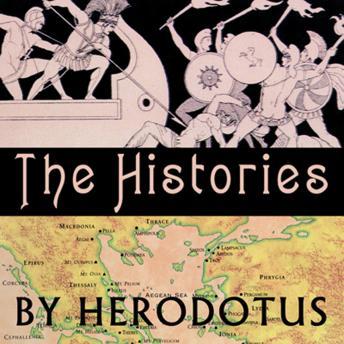 Download or Stream instantly more than 55,000 audiobooks.
Listen to "The Histories" on your iOS and Android device.

Herodotus is not only the father of the art and the science of historical writing but also one of the Western tradition’s most compelling storytellers. His Histories is regarded as one of the seminal works of history in Western literature. He wrote these accounts of the fifth-century-BC wars between the Greeks and Persians with a continuous awareness of the mythic and the wonderful, while laying bare the intricate human entanglements at their core. This volume is one of the first accounts of the rise of the Persian Empire and serves as a record of the ancient traditions and politics of the time.

In the instinctive empiricism that took him searching over much of the known world for information, in the care he took with sources and historical evidence, in his freedom from intolerance and prejudice, Herodotus virtually defined the rational, humane spirit that is the enduring legacy of Greek civilization.