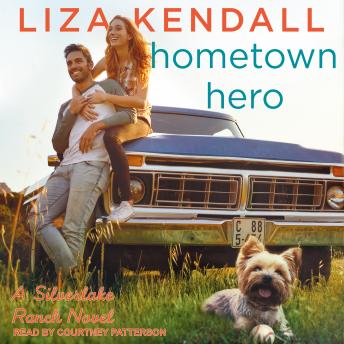 Download or Stream instantly more than 55,000 audiobooks.
Listen to "Hometown Hero" on your iOS and Android device.

Andrew 'Ace' Braddock is a player in every sense of the word. The center fielder for the Austin Lone Stars, he's also been at the center of numerous sports scandals involving beer, bars, and baseball bunnies. But when he takes the fall for a teammate, Ace wakes up in the hospital, injured and in serious trouble. He's sent to lie low and recover at his family ranch in Silverlake, Texas, where he's saddled with his worst nightmare: his high school nemesis-a beautiful nurse who refuses to play doctor with him.

Mia Adams has no time to fool around. The daughter of Silverlake's high school baseball coach has three jobs and a pile of debt left behind by her missing ex. The very last thing she wants is to spend her time indulging hometown hero Easy Ace Braddock. If she didn't need the money, she'd have nothing to do with the guy from her past who stole her dad's time, attention, and love away from her before leaving for the major leagues.

As Mia does her best to corral the irrepressible Ace, keep a sense of humor, and fight her unwelcome attraction to him, he charms, sidesteps, and outmaneuvers her. Will the onetime enemies find love at home base, right in the town where they grew up?