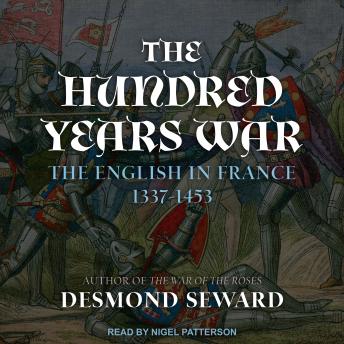 Download or Stream instantly more than 55,000 audiobooks.
Listen to "The Hundred Years War: The English in France 1337-1453" on your iOS and Android device.

From 1337 to 1453 England repeatedly invaded France on the pretext that her kings had a right to the French throne. Though it was a small, poor country, England for most of those 'hundred years' won the battles, sacked the towns and castles, and dominated the war. The protagonists of the Hundred Years War are among the most colorful in European history: Edward III, the Black Prince; Henry V, who was later immortalized by Shakespeare; the splendid but inept John II, who died a prisoner in London; Charles V, who very nearly overcame England; and the enigmatic Charles VII, who at last drove the English out. Desmond Seward's critically acclaimed account of the Hundred Years War brings to life all of the intrigue, beauty, and royal to-the-death-fighting of that legendary century-long conflict.