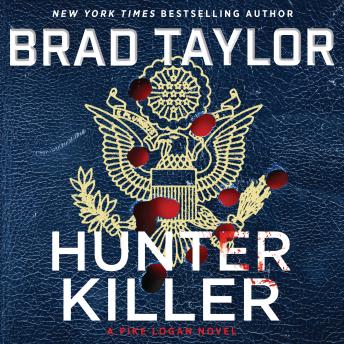 Download or Stream instantly more than 55,000 audiobooks.
Listen to "Hunter Killer: A Pike Logan Novel" on your iOS and Android device.

Pike Logan and the Taskforce were once the apex predators, an unrivaled hunting machine that decimated those out to harm the United States, but they may have met their match. While Pike Logan and Jennifer Cahill prepare to join their team on a counter-terrorist mission in the triple frontier—the lawless tri-border region where Argentina, Brazil, and Paraguay meet – they are targeted in Charleston, South Carolina. A vicious explosion kills a friend, and the perpetrators have set it up to look like an accident. While the authorities believe this was not foul play, Pike knows the attack was meant for him.

When he loses contact with the team in South America, Pike is convinced he and the Taskforce are under assault. His men are the closest thing to family that Pike has, which means he will do anything, even ignore direct orders to stand down, to find them. Pike and Jennifer head to Brazil to investigate their disappearance and run headlong into a crew of Russian assassins. Within days they are entangled in a byzantine scheme involving Brazilian politics and a cut-throat battle for control of offshore oil fields.

Forged in combat, the Russians are the equal of anything the Taskforce has encountered before, but they make a mistake in attacking Pike’s team, because Pike has a couple of elite Israeli assassins of his own. And Pike will stop at nothing to protect his family.