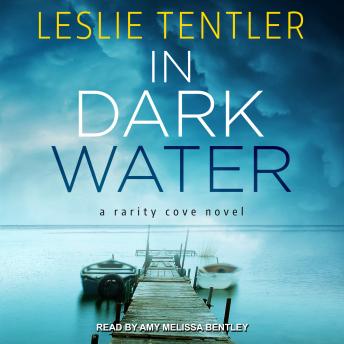 Download or Stream instantly more than 55,000 audiobooks.
Listen to "In Dark Water" on your iOS and Android device.

One year after the tragic loss of her husband, Mercer Leighton returns home to Rarity Cove to be near family and resume her former job at the St. Clair resort. Feeling adrift in life, what she doesn't count on is being witness to a double murder in nearby Charleston's French Quarter.

Charleston Homicide Detective Noah Ford is no stranger to the dark, violent side of humanity. Nor is he happy about the lone eyewitness in his investigation being part of one of the South Carolina Lowcountry's most prominent families. However, when an attempt is made on the beautiful widow's life, Noah vows to protect her.

As it becomes increasingly clear that the killer will stop at nothing to eliminate the witness, Noah also begins to suspect the presence of a traitor in his own department. After a stunning betrayal, he is forced to take Mercer into hiding to keep her alive. As the two fight for survival, they also fight the simmering attraction between them.

But the killer is out there, and he refuses to give up.