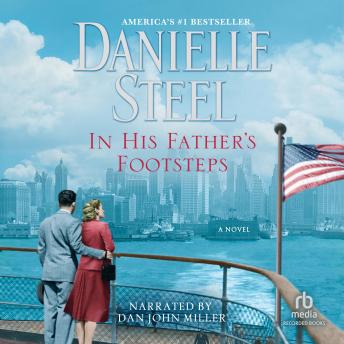 In His Father's Footsteps

Download or Stream instantly more than 55,000 audiobooks.
Listen to "In His Father's Footsteps" on your iOS and Android device.

In this powerful novel, #1 New York Times bestselling author Danielle Steel tells the story of two World War II concentration camp survivors, the life they build together, and the son who faces struggles of his own as a first generation American determined to be his own person and achieve success. Moving from the ashes of postwar Europe to the Lower East Side of New York to wealth, success and unlimited luxury, In His Father's Footsteps is a stirring tale of three generations of strong, courageous and loving people who pay their dues to achieve their goals