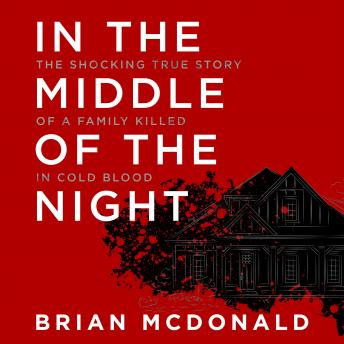 In the Middle of the Night

Download or Stream instantly more than 55,000 audiobooks.
Listen to "In the Middle of the Night" on your iOS and Android device.

On that fateful night on a quiet suburban street, two robbers entered the home of Dr. William Petit, who had fallen asleep on the couch while his wife and two daughters slept soundly in their beds.

Joshua Komisarjevsky and Steven Hayes had already robbed two houses that weekend, but had never given in to the violent tendencies that they did that night: waking Dr. Petit with repeated blows to the head with a baseball bat, sexually assaulting Mrs. Hawke-Petit and her 11 year-old daughter, and-after 7 hours of holding the family hostage-covering the girls in gasoline and setting the house on fire. Dr. Petit would be the only survivor.

From the author of My Father''s Gun and Safe Harbor, In the Middle of the Night delves into the events that led to one of Connecticut's most heartbreaking crimes.