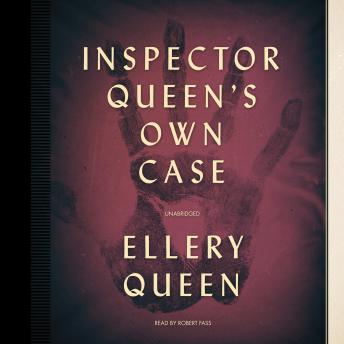 Download or Stream instantly more than 55,000 audiobooks.
Listen to "Inspector Queen's Own Case" on your iOS and Android device.

For years, Inspector Richard Queen had been outshone by his writer son. Now, with Ellery away, he had a case all his own—or did he? The verdict had been accidental death, and only the victim’s nurse had seen the one thing that made it murder. Recruiting a senior citizens corps of retired cops, Dick Queen tracked a murderer—and found himself courting his only witness! No wonder he kept muttering, “What’s Ellery going to say … ?”