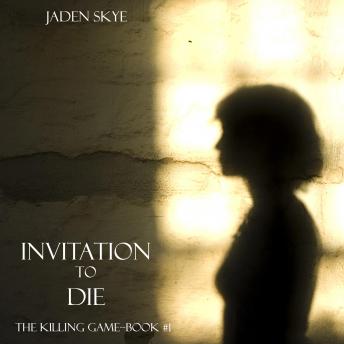 Download or Stream instantly more than 55,000 audiobooks.
Listen to "Invitation to Die (The Killing Game--Book 1): Digitally narrated using a synthesized voice" on your iOS and Android device.

This recording has been digitally produced by DeepZen Limited, using a synthesized version of an audiobook narrator’s voice under license. DeepZen uses Emotive Speech Technology to create digital narrations that offer a similar listening experience to human narration. Two women have gone missing in two weeks: the first, found dead, was slashed and dumped in a back alley in Boston. The second was discovered by a child in a Swan Boat Ride. As fear intensifies, Hunter, the head of the FBI Behavioral Unit, calls his star criminal profiler, Tracy Wrenn, to help on the case. Even though she had plans to become engaged that evening, Tracy quickly cancels her plans and rushes to Boston to help.

A beautiful, young professor of criminal psychology, Tracy has become renowned for her success at cracking cases no one else can. With her unusual insights and unique point of view, she is relentless at probing the inner minds of murderers. When a third woman goes missing, and when Tracy finds herself in danger, everything intensifies. In a shocking turn of events, Tracy finds out more not only about the killer, but about herself--and learns that nothing is what is seems.

Book #2 in The Killing Game will be released soon.