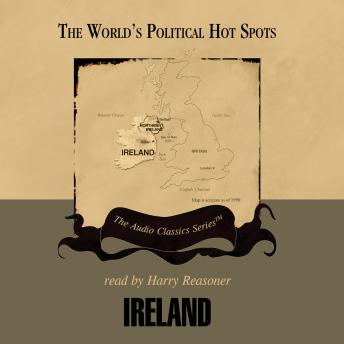 Download or Stream instantly more than 55,000 audiobooks.
Listen to "Ireland" on your iOS and Android device.

The “isle of poets and scholars” has known almost constant warfare for centuries. In 1920, it was divided into North and South. Yet this purely political solution left a religious and cultural schism intact. This presentation follows Ireland’s tragic course from St. Patrick to Britain’s imposition of direct rule in 1974.
The World’s Political Hotspots Series explains the basis of conflicts in some of the world’s most politically sensitive areas. Many of these regions are in today’s headlines, and tensions recently have become violent in virtually all of them. Each presentation covers up to ten centuries of background, revealing how and why today’s problems occur.