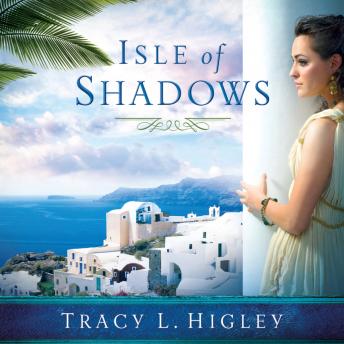 Download or Stream instantly more than 55,000 audiobooks.
Listen to "Isle of Shadows" on your iOS and Android device.

Enslaved in a world of money and power, Tessa dares to be free. Raised as courtesan to wealthy and powerful men, Tessa of Delos serves at the whim of her current patron, the politician Glaucas. After 10 years with him, Tessa has abandoned all desire for freedom or love, choosing instead to lock her heart away. But when Glaucas meets a violent death in his own home, Tessa grasps at a fragile hope. Only she knows of his death. If she can keep it a secret for long enough, she can escape. Tessa throws herself on the mercy of the Greek god Helios, but finds instead unlikely allies in Nikos, a Greek slave, and Simeon, Glaucas’s Jewish head servant. As Simeon introduces her to a God unlike any she has ever known and Nikos begins to stir feelings she had thought long dead, Tessa fights to keep her heart protected. As an assassination plot comes to light, Tessa must battle for her own freedom — and for those to whom she has begun to open her heart — as forces collide that shatter the island’s peace.