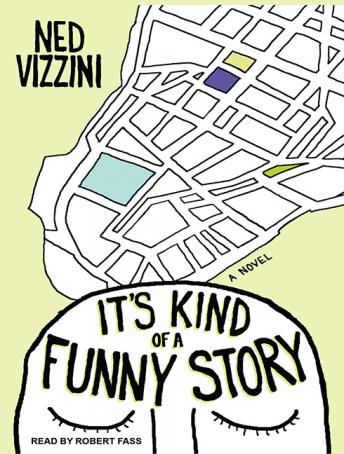 It's Kind of a Funny Story

Download or Stream instantly more than 55,000 audiobooks.
Listen to "It's Kind of a Funny Story" on your iOS and Android device.

Ambitious New York City teenager Craig Gilner is determined to succeed at life-which means getting into the right high school to get into the right college to get the right job. But once Craig aces his way into Manhattan's Executive Pre-Professional High School, the pressure becomes unbearable. He stops eating and sleeping until, one night, he nearly kills himself.Craig's suicidal episode gets him checked into a mental hospital, where his new neighbors include a transsexual sex addict, a girl who has scarred her own face with scissors, and the self-elected President Armelio. There, Craig is finally able to confront the sources of his anxiety.Ned Vizzini, who himself spent time in a psychiatric hospital, has created a remarkably moving tale about the sometimes unexpected road to happiness.