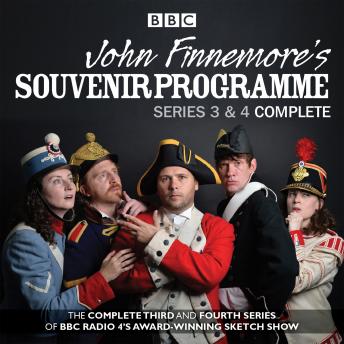 The complete third and fourth series of BBC Radio 4’s award-winning sketch show, written by and starring the writer of Cabin Pressure.

In the third and fourth series of his hit sketch show, John Finnemore examines a typically eclectic range of issues including making friends, the problem with polymath bestselling authors, the colour of posh men’s trousers, and a history of choice.

There’s also a sketch that is much, much too rude, advice on dealing with bullies, the truth behind some famous anecdotes, and the curious tale of a hard-bitten dame.

Awarded Best Radio Comedy at the Chortle Awards, John Finnemore’s Souvenir Programme comes from the writer of Cabin Pressure and regular contributor to The Now Show.