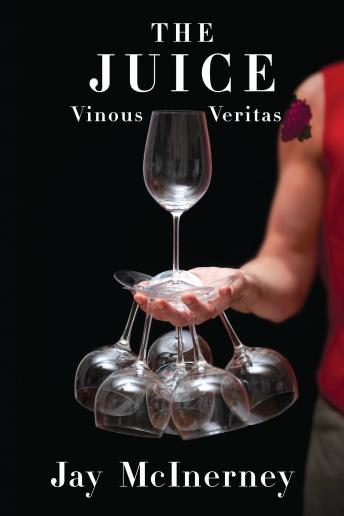 Download or Stream instantly more than 55,000 audiobooks.
Listen to "The Juice: Vinous Veritas" on your iOS and Android device.

This new collection by the acclaimed novelist—and, according to Salon, “the best wine writer in America”—is generous and far-reaching, deeply knowledgeable and often hilarious.
For more than a decade, Jay McInerney’s vinous essays, now featured in The Wall Street Journal, have been praised by restaurateurs (“Filled with small courses and surprising and exotic flavors, educational and delicious at the same time” —Mario Batali), by esteemed critics (“Brilliant, witty, comical, and often shamelessly candid and provocative” —Robert M. Parker Jr.), and by the media (“His wine judgments are sound, his anecdotes witty, and his literary references impeccable” —The New York Times).
Here McInerney provides a master class in the almost infinite varieties of wine and the people and places that produce it all the world over, from the historic past to the often confusing present. From such legendary châteaus as Margaux and Latour and Palmer to Australia and New Zealand and South Africa, to new contenders in Santa Rita Hills and Paso Robles, we learn about terroir  and biodynamic viticulture, what Champagnes are affordable (or decidedly not), even what to drink over thirty-seven courses at Ferran Adrià's El Bulli—in all, an array of grapes and wine styles that is comprehensive and thirst inducing. And conspicuous throughout is McInerney’s trademark flair and expertise, which in 2006 prompted the James Beard Foundation to grant him the MFK Fisher Distinguished Writing Award.