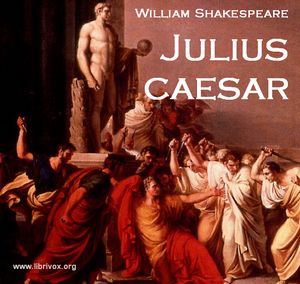 Download or Stream instantly more than 55,000 audiobooks.
Listen to "Julius Caesar" on your iOS and Android device.

William Shakespeare's The Tragedy of Julius Caesar, based on true events, concerns the conspiracy against Julius Caesar, his assassination in 44 BC, and its immediate aftermath. Probably written in 1599 and among the first of Shakespeare's plays to be performed at the Globe Theater, Julius Caesar is one of his best-known dramas and has received innumerable performances throughout the centuries. (Summary by Laurie Anne Walden after Wikipedia)