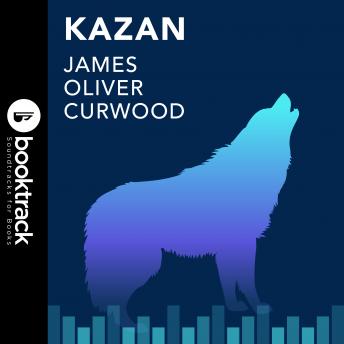 Download or Stream instantly more than 55,000 audiobooks.
Listen to "Kazan" on your iOS and Android device.

Listen to Kazan with a movie-style soundtrack and amplify your audiobook experience.

Kazan (sometimes published with the subtitle The Wolf Dog) is a once very popular novel by environmentalist and author James Oliver Curwood. After a trip to the Yukon area of Canada and Alaska, Curwood wrote a series of wilderness adventure novels that were best-sellers in the 1910's and 1920's and remained popular through mid century. Jack London had begun the vogue for northland dog stories with his Call of the Wild and White Fang, and there were many imitators, but none had a greater impact than Curwood. The income from the sales of his books permitted him to spend several months of each year in the remote northwestern area that he loved, while he poured out more than 30 novels.

Probably the most widely read of his novels during his lifetime was this engrossing tale of a magnificent animal that is part husky and part wolf. There is a struggle between the two breeds in Kazan's makeup; he is torn between love for a particular man and woman and the desire to run free with the wolves, especially the one that he has chosen for his mate. In both of these contrasting parts of his life, he meets tremendous challenges that require all his instinct, strength, and spirit to overcome.(Introduction by Leonard Wilson)