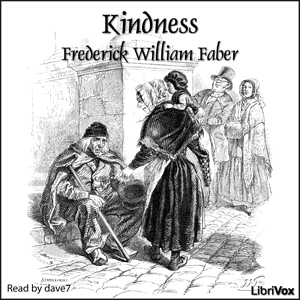 Download or Stream instantly more than 55,000 audiobooks.
Listen to "Kindness" on your iOS and Android device.

Father Frederick William Faber was a beloved spiritual writer, preacher, and superior of the Oratory of St. Philip Neri in London. An Oxford scholar and Anglican priest since 1839, Faber converted to Roman Catholicism in 1845 following his mentor John Henry (later Cardinal) Newman. During the 1850s, Father Faber published several popular spiritual books, which have been treasured by Catholics ever since: All for Jesus, Growth in Holiness, The Blessed Sacrament, The Creator and the Creature, The Foot of the Cross, Spiritual Conferences, The Precious Blood, and Bethlehem. The present work, Kindness, which bears an imprimatur, is taken in part from Spiritual Conferences, which was published in 1859.