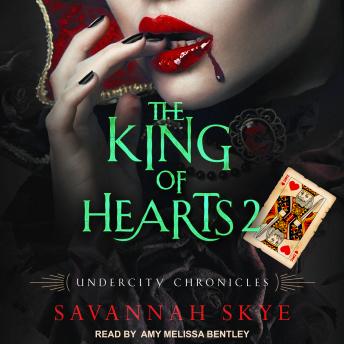 The King of Hearts 2

Download or Stream instantly more than 55,000 audiobooks.
Listen to "The King of Hearts 2" on your iOS and Android device.

Cassie's had some pretty close calls in her life, but now that she's gotten her official bad-ass badge as an integral part of the Old Guard, she feels sort of invincible. That doesn't seem to keep anyone from trying to prove otherwise, though, because everyone wants a piece of her.

The King of Hearts needs her help, even while the resistance tries to sway her, and the Old Guard has its own plans for her. And then, there's Ryder. Sexy, strong, stubborn Ryder, who will accept no less than everything, including the one piece of Cassie she's not sure she can bear to offer any man . . .